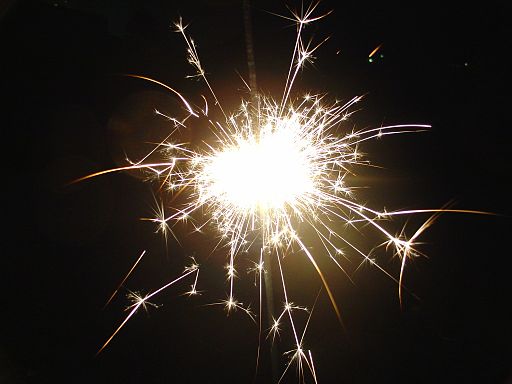 SC uBu has gathered and is going into the new season with great expectations. This time SC uBu I unfortunately only plays “Bezirksklasse”, but it is well known that there is also good and interesting chess played here. Interesting and today one thing above all: exciting! But one after the other.

We can expect an outward fight, unfortunately weakened and – due to the unthankful, inconsistent rules at the beginning – an outward fight, which starts at 9:00 am instead of 10:00 am. Yes, I know: “it gives you more of Sunday”. But wouldn’t you have more of Sunday if you started at 3:00 a.m.? 😉 The starting time is a bit hard on our mood, but nevertheless we meet highly motivated in front of the uBu to drive to Graben-Neudorf. There arrived, everyone finds his place. Church bells accompany our fight.

This one develops in a particularly exciting way. Already at the beginning all games develop properly. On both sides there are minor inaccuracies in the opening on one or the other board, but these allow for an exciting game right from the very beginning. Already after half an hour all players are locked to the board.

At board eight the game develops particularly fast. Rolf Schrader’s opponent is obviously aiming for a quick draw. He quickly pushes queens and figure swaps without having any advantage. Rolf, playing the black pieces is comfortable from the beginning, doesn’t have to worry. Unfortunately he gives up the previously conquered pair of bishops due to a small inaccuracy and ends up in an end game with bishops of different colours. A draw classic. Rolf finally reaches a clear extra pawn, but unfortunately he cannot realize this in the end into a victory. Draw.

Our young talent Michael Rausch plays on board two. With the black pieces he chooses a rare opening, but unfortunately his opponent is well prepared. Maybe just for this opening? – Micha plays well with the black pieces and creates strong positional entanglements on the queenside. Unfortunately, he overlooks a knight drop-out on g5 and the king wing is strongly weakened. Despite a tough defence, Micha can’t turn the rudder around anymore. 1:0 for the opponent.

There are days when you don’t have the same condition as on other days. That’s how Mathias Guthmann looks today on Five. Mathias with white initially plays too schematically, and therefore loses a figure early on. We are used to this from him in a different way, but every experienced player knows these situations from his own practical experience. After that, the rest of the game is the desperate fight for a draw. Unfortunately, it is now very difficult to create serious complications for the opponent. Mathias fervently fights for the good of the team, but it’s not his day: a point for a ditch.

Now it stands 0.5 : 2.5 against us. We have to dress unexpectedly warm. Fortunately, the other games are promising for us. But will that be enough?

Our newcomer Markus Rotzinger plays on three. Not an easy debut for him at uBu, but Markus approaches his first task of the season with calm and concentration. With the white pieces and a clear strategic plan he pushes his opponent against the wall. The opponent only reacts, reacts aimlessly and plays two inaccuracies in quick succession. A player like Markus does not forgive this. He consistently transforms his opponent’s weaknesses into a material advantage for himself, and the opponent can only resign. First point today for Ubu! It’s the turnaround, but will it be enough to catch up again? The score is 1.5 : 2.5. We need points!

Moritz Kühner plays at board six – today in his debut as team leader of the first. Such an administrative task can distract from the game, but Moritz with Black plays a very nice game. When he hits f2 with his Queen, his position is stunning. A good extra pawn and above all: a gigantic king attack. Now every move has to match, then it would be finished. Yes, it would. Unfortunately Moritz plays a small inaccuracy, the queens are swapped. The anger about the omission continues, and the game flattens out. Now that the opponent has conquered the pawn back, they agree on a draw. But no further backlog! The score is 2.0 : 3.0

Rodrigo Gutierrez on four with black first delivers a well balanced fight with his opponent. In the middle game he loses a pawn, but wins an additional rook line. He skilfully positions his pieces, a little manoeuvring and then … a tiny faux pas of the opponent, and there it comes: The impact on the king’s wing! Mate in a few moves or massive loss of material for the opponent. Anyway: Our second point, and finally the tie! 3,0 : 3,0

At this time, Peter Schneider, with the white pieces at board seven, is in the final phase. The pressure is – *cough* – high. (note of the editorial.: I didn’t count the many draw offers of the opponent anymore.) Peter stays on the ball. Although he can succeed in the final and force a pawn to win, he moves forward hastily and unfortunately has to settle for a draw. If it was fair, it would have gone out here 1:0.

It will be the exciting final at stand 3.5 to 3.5. It is Paul Gruenke’s first game for SC uBu. His game on board one should decide everything. Already in the opening Paul demanded his opponent very much with an unpleasant gambit. Paul with White is very good thereafter, but he must still play very accurately. Two experienced players have met each other. Who will win the race?

After a tough fight in the middle-game it comes to the final for Paul with an extra pawn. Now we want to see the full point at home! Everyone is spellbound around the board. Paul plays deliberately, is confronted with dangerous threats and suddenly appearing knight forks. Nevertheless, he consistently keeps the upper hand, leaving his opponent nearly no breathing air. At the end a nice final combination with a clear win in the rook endgame. The decisive point at the end of a long first match-day.

About the author: Sven Hermann played as almost founder member of the club SC uBu since season 2009/10 (at that time "Kreisklasse A2") for uBu. With a break he's club member to this day. He lives for many years in Karlsruhe and plays club chess actively since 1984. He formerly played "Oberliga" in SV Mittelrhein. In BSV he used to play "Verbandsliga".