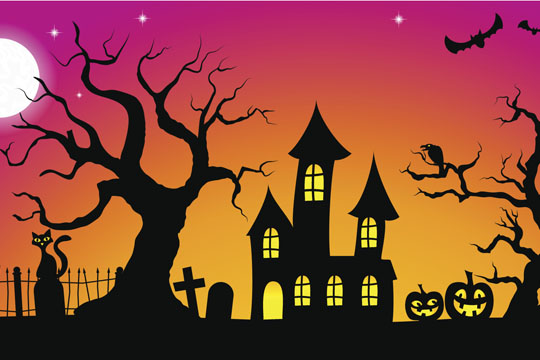 After a bitter opening defeat against Slavija, uBu makes a comeback in round 2. Halloween Edition

The best start is by Moritz Kühner on board 8 against Sven Holler, who has a bad faux pas right at the beginning. One of his knights, a mighty animal – hardly ever ridden warm – gets lost in the poisonous thorny bushes and dies miserably. Point for us!

At the 4th board Mischa Rausch and Jan Bauer, a fine player, are battling! Using a false magic formula Mischa turns his beautiful lady into a zombie. Since misfortune rarely comes alone, a bad spell is pronounced, now the undead is for life chained to a pawn, oh sad Destiny!
Misha puts an end to the spook and gives up.

Against Lukas Hochscheidt at 6, I confuse the chessboard with a supermarket cash register. There an impulse deal turns out to be a bad idea, especially as I don’t care about the fine print: Cost a pawn! Simply bewitched, fortunately the shopping basket is full of magic utensils. With a counter spell I complain back to the pawn and play – Abrakadabra – into a draw final.

At number 5, Klaus Brück plays a nice game against Daniel Heyduk and conquers an extrapawn after a fierce fight. But the king is not allowed to stand in front of his pawn, because the enemy has opposition – a powerful spell – draw!

Many thanks to Sven Maciejewski, who is filling in at the last second for a failure. Plays at 7 supercalifragilisticexpialigetisch against Alexander Renner. He makes a few pawn weaknesses, but after a mistake of his opponent takes the initiative with impact on the 7th row. The position is devilishly tricky, so the players separate draw, great hocus-pocus!

There could be a draw on two. For hours Janosch Oberst and Marcus Krug duel until the sparks fly. Maybe it’s the nerves, maybe it’s fatigue, maybe the dark lord has his hands in the game. After a blackout by Janosch, the fast promotion of Krug’s pawn to the character of his choice suddenly threatens to happen. All over!

Finally, at 1 Tim Geweninger against José Francisco Blanco Villalba. Our man plays with a multiple piece but has to spit some pawns. Geweninger stands well, very well. Finally José manages a bishop sacrifice with mat threat, a monster! But not enough to win, therefore draw!

A tight, but deserved victory, shortly after Halloween uBu exorcises the forces of darkness, wonderful!