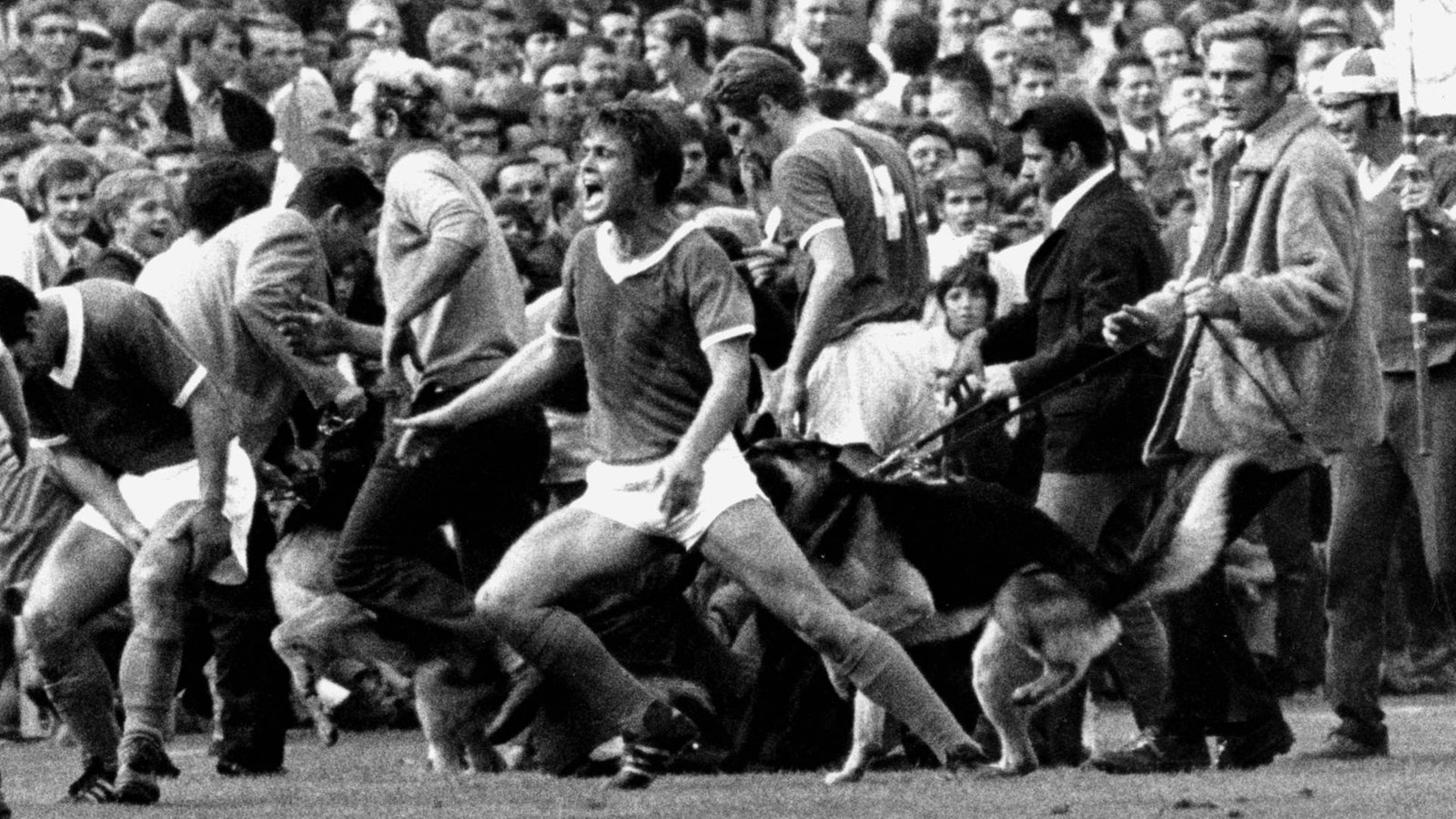 The encounter uBu against Slavija may not be the mother of all derbies, but it leaves nothing to be desired in terms of explosiveness and emotions.
There are few legendary derbies in chess, but in football there are even more. First you think of the unforgettable fights between Borussia Dortmund and Schalke 04. The match on 06.09.1969 should remain in the memory of sports history. At that time Friedel Rausch, the later coach of Schalke 04, was bitten in the backside by a police dog. When asked what would have happened if the animal had caught him at the front, he is said to have answered: “He would have bitten his teeth”.
A tetanus shot was applied to the defender, Rausch held out until the final whistle.

A meeting of the top teams of uBu and Slavija took place years ago in the cup, at that time the Slavijans won – albeit by a narrow margin.

From the beginning the fight is under a bad star, absences hit us hard and unexpected, it has to be improvised. The last board remains unoccupied, a giant handicap, a lead-heavy psycho weight that is dragged along through the difficult fight.

Slavija in an excellent cast and highly motivated, as it should be for such a match.

A look at the line-up:

Our top boards are doing very excellently. At 1, José Francisco Blanco Villalba plays a brilliant game against Mariusz Marek. Marek leaves a piece in the middle game, there is no compensation for that. José carefully turns into a clearly won final.

Marcus Krug has to play Aleksandar Drakulic on board 2. In a Scandinavian game Drakulic makes an inaccuracy already in the initial stage, on this level something like this is punished. The pressureful position of the striker leads to weaknesses in the opponent’s camp, the position turns out to be untenable.

On 3 Wolfgang Henn and Andrej Sokerin agree on a draw. The later analysis confirms the mutual assessment, there was unfortunately nothing more in the game!

At 4 Mischa Rausch must play against the experienced Reimund Schott. The position is promising, but not strong enough to win the game. Schott knows how to make the most of variants and is the winner.

At 5, I play against Stephen Falk. After a knight’s sacrifice, Falk parries the permanent chess. To succeed or at least to equalize, perhaps the removal of some opposing pawns with an unclear endgame would have led. But unfortunately I have to throw in the towel.

At 6, Moritz Kühner has to take on Jovan Jovicic (DWZ 1668). Bravely, Kühner fights his way through the match, but his pawns are unhappy. His king has to guard enemy pawns on one flank, whereas his opponent Monarch has free escort and threatens quickly with pawns conversion, over!

The game between Bischoff and Gerlach on Brett 7 is extremely curious. Gerlach is clearly on the winning side with an extra officer, but overlooks the winning move one time or another. He enjoys a further advantage by the fact that our man does not want to push the clock, so the minutes rush like a little river through the alpine valley. It gets too dazzling for me, only later do I hear the news of the draw with astonishment, chess is sometimes also a game of chance.

A close defeat, with the best line-up one could perhaps have prevented it. Now it’s time to score points in the next games and above all to compete in full, the Bereichsliga is after all no bed of roses.