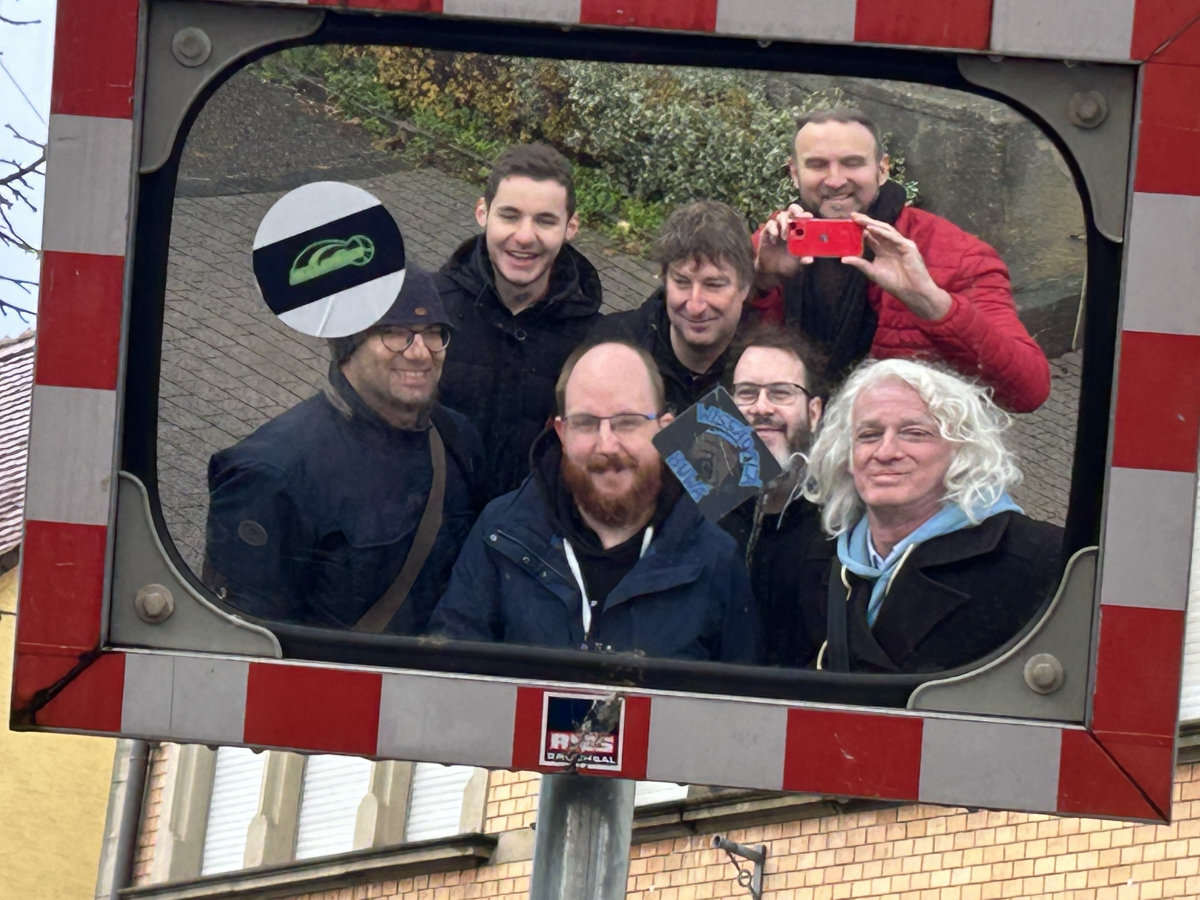 uBu is slightly ahead in the DWZ comparison with chess friends from Wiesental, nevertheless it is not even enough for us to draw. In the end, we also deserved to lose 5:3 in this clearly played game. Nothing fits together.

First of all, many thanks to Dr. Sven Hermann, who brings us safely to our destination in his spacious, multi-seater minibus in capricious weather.
Sven does not like to drive, we respect that and have to look for another solution.

The opponent is in a strong position and even has a few trump cards up his sleeve. But it is not necessary to play them today.

At board 1, Marcus is in a mediocre position against Volker Widmann. Both know each other well, the match is a classic. At least our number 1 manages to steer the ship into calm waters. There is a lull, with no prospect of a fresh breeze. That’s why we agree on a draw.

Against Martus, Sven Hermann gets a familiar position on the board. A quite safe affair. Unfortunately, somehow, somewhere, at some point, the doctor captures a pawn.
He is forever chasing him. Victory for Martus.

At position 3 Marcus Rotzinger fights against Hubert Heilig. The position seems slightly advantageous for our man.
In the course of time, however, the game flattens out and a draw is agreed upon. More was not possible.

The longest game of the day is on board 4 between Carsten Dege and Hubert Amann. A good fight with incredible chances. The patient audience watches Dege gradually gaining the upper hand.
After a logical, yet suicidal move by his opponent (yes ladies and gentlemen, there is such a thing only in chess), Dege misses the coup de grâce.

Maybe I’ll read Albert Camus again, for he writes:
“There is only one really serious philosophical problem: suicide.” Draw.

There is not much to report about my game against Frank Rothardt. Only that from now on I promise to leave the experimental series to the chemists. They are obviously better at it. Congratulations to the opponent.

Super game by Leonhard Leo Michel against Alexander Heilig.
Heilig walks along the border of the woods, happily jumping and singing, like Little Red Riding Hood on her way to her grandmother.
However, the poor darling does not meet the bad wolf with the huge mouth and the big teeth, but a strong variant.
What a surprise!
With routine and unerringness, Leo then plays his game. Chapeau my dear! The only victory on this day.

Quentin gets the short end of the stick today. Too damn bad, maybe there was more in it.
At least the suffering is not so prolonged, soon come better days Quentin!

Congratulations to Moritz, who once again shows all his class and routine. A great, very strong draw against Andreas Schmitt with 1615 DWZ. Bravo, mon vieil ami, merci beaucoup!