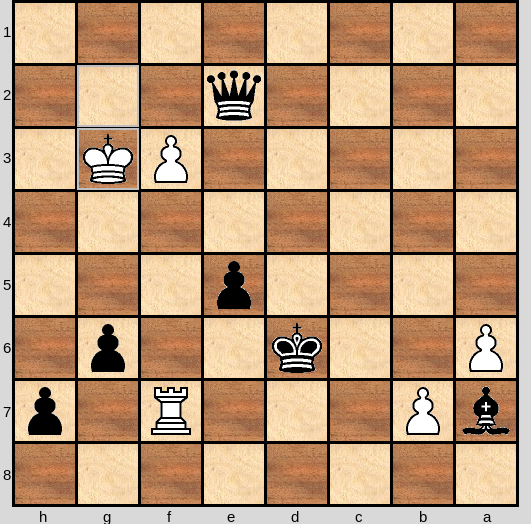 Our second team has fetched a victory against Hambrücken and draw against Ettlingen 4.

To the season kick-off on 14.10. it went against Hambrücken. In the first team there were unfortunately some losses to complain, so that Robby and I entered there. The second team played Max Gageik, Rodrigo Gutierrez, Sven M., Peter Schneider, Thomas Ballester, Tao, Manfred Lachnit and Michael Bratsch. Peter, Tao, Manfred and Michael were each able to score a full point. I was especially happy about Michael’s point, who won in his first game for us. Congratulations and keep up the good work! Rodrigo provided with his draw then for the 4.5 to 3.5.

On the second round, the second team was weakened and played against the strong fourth team from Ettlingen. Both Sven and I were needed in the first team. Despite this handicap, the team did very well and could fight for a draw. Since, as I said, I was with the first team in Bruchsal, I can’t say anything about the matches. That’s why I comply with the “chronicler’s duty” and only pass on the results here. Max won on the first board against Dr. Thomas Weber. Peter drew on the second board against Clemens Weber as well as Thomas “Balle” Ballester on the third board against Carl Georger Lembach. Tao unfortunately had to admit defeat against Joanna Varbanova on the fourth board. Hanno on the fifth board played against Finn Schweisthal a draw, Herbert got the same result on the sixth board. Robby had to deal with a very difficult opponent and unfortunately lost his game. At the last board Pierre-Louis played his first game at SC uBu and won, also here congratulations.

Kick-off defeat in derby against Slavija