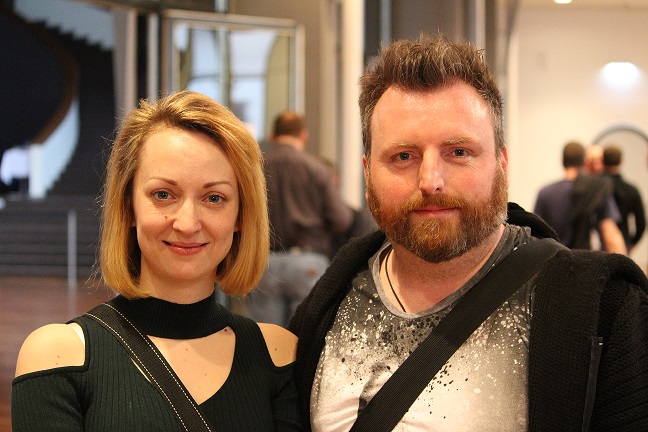 or Two-Face, Saul and Paul, etc., I could endlessly continue famous examples of the transformation from good to evil, but you know what I’m referring to now, dear readers.

In fact, I have the inner twist long before the Grenke Chess Open 2018 starts in Karlsruhe.
Do I play the A-Open or the B-Open? I find myself in the (un-) comfortable position of being eligible to play both tournaments. So I will weigh it up.

In the B-Open I will be placed very high, cash prizes lure up to place 7, the winner even gets 1500 Euro. For players up to 2000 Elo/DWZ this is a certainly lucrative argument.
On the other hand in my case the risk is very high that you can crash the same DWZ/Elo very fast, if the tournament doesn’t run as you want it to.

In A-Open, however, I will be set far behind and can probably go home with 2.5 out of 9 and nothing negative has happened to my DWZ/Elo. However, you have to show some tough qualities, because it will probably set the one or other horrible clap. This once more getting up or falling down is not everyone’s cup of tea.

Capitalism keeps the upper hand, I register at the B-Open 3 weeks before the tournament starts.

The B-Open’s game panel indicates that no less than 530 participants will be starting. This means a quantitative increase of 25 % compared to the previous year.
According to the seed list I find myself at board 19. My opponent is about 300 DWZ/Elo lower rated than myself.
After about 2 ½ hours and two cups of coffee and three toilets later, my young opponent offers me the second draw, which I cannot refuse and accept. It could be the impression that something went wrong. So it is, I spare you the details. Just this little bit, it seems to be due to my high score that my opponent didn’t have the courage to take the whole point from me.

I walk into the Gartenhalle further away, more precisely at Brett 109. Only the first 42 boards of the B-Open are allowed to play in the Schwarzwaldhalle, where Carlsen and co. will inspire chess fans locally and all over the world (via livestream).
My opponent is a 12-year-old girl from France and comes from a chess family (the older sister also plays in the B-Open, the brother, International Champion, in the A-Open).
In the end, I win my white game without any major problems. However, I predict that should I be drawn against her again in 5 years, I won’t have much to laugh about. She has great potential.

Board 42 with the black pieces, just guided to the Schwarzwaldhalle. My opponent and I have a lot in common, e.g. the first name given by our parents, our age, the tendency to make a bad move on the slope, as it turned out quite fast, etc. Only in things DWZ/Elo I am about 150 points ahead of him.

Kiebitze on our board will certainly have thought that the winner will be the one who makes the penultimate mistake. After about 2 hours it was my opponent’s turn again, with a mistake. The position is thereby won on sight, but it would have taken a good piece of technique and time until I scored the whole point. In order to save energy ( 2 rounds a day go sometime conditionally quite beautifully to the thing ) I look for a tactical solution, in order to shorten the whole enormously. It seems that my calculations will bear fruit and the game will be over very quickly. It is, I have lost.
My calculations unfortunately had a hole at the end and I was rather humorlessly mated. So the last mistake of the game belongs to me.

What do you do after such a knock? Right, you go to the Vogelbräu with your chess buddies and let your frustration drown with the beer brewed there! Late in the evening even GM Rainer Buhmann joins us at our beer table. But for him it is more a celebration beer, he just defeated GM Farago and has 3/3 in the A-Open.

Late at night frustration and plenty of Vogel beer still predominate inside me. What am I supposed to do with the tournament now? Modest 1 ½ out of 3, each against weaker opponents in the rating. I chastise myself by imagining that probably tomorrow my table will be in front of the toilets, next to the chessboard there will be a money bowl with 50 cents in it.

I just finished the B-Open with a blitz victory and finally 7/9. I finished 13th out of 530 participants, even before my seed list.

In the night from 30. to 31.03. some transformation must have taken place. Free of rating constraints, hopes for cash prizes and such I mutated to Mr. Hyde and “ate” my remaining opponents with 5.5/6. Points equal with the money prizes, only by the logical, worse Buchholzwertung they do not get the same.

Whereby, completely without “prize” I should not go home then nevertheless. After finishing my 9th round quite fast, as already mentioned, I meet our best German chess player, Elisabeth Pähtz, in the foyer of the Schwarzwaldhalle. She arrived at lunchtime from Georgia where she had just become European champion in rapid chess.

I approach her in a relaxed manner and ask if I can take a selfie With a smile on her face she follows my request as a matter of course. I give my camera to Moritz, who is strolling through the foyer with me right now.

What happens now is a coincidence that he couldn’t be happier. While Elisabeth and I look into the camera, smiling arm in arm, the camera causes Moritz unexpected technical problems. After about 5 minutes and some suspicious lapwings, what this guy is doing with Elisabeth in her arms for so long, the photo is still taken.
Of course I can’t speak for Elisabeth, but I enjoyed every second of the delay. But she also took it with humor, we both laughed at this “fast” photo.

As Moritz has already mentioned in his report, we were 4 Ubuians in the B-Open and therefore we formed a team. We finished 11th out of 20 teams and ended up in midfield. While Peter and I, by our standards, played a normal tournament, things didn’t go so well for Zacharias. He started with 2.5 out of 3 very well in the Open, but then many times not had the necessary luck and fetched only 50 % in the final score. For him it was disappointing, which is absolutely understandable with his playing strength. On the other hand Rodrigo played an excellent tournament and was very happy with his 50%. Strong performance, Rodrigo!

The Grenke Chess Open 2018 is over now and I am looking forward to next year’s event. The organization is simply top, to be allowed to witness such a chess festival in his hometown is unique. Many thanks to all parties who made this event possible.

The first season after the tragic relegation last year